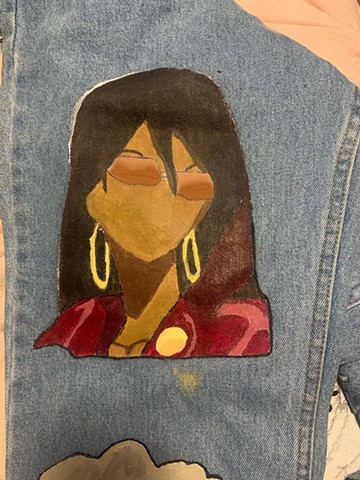 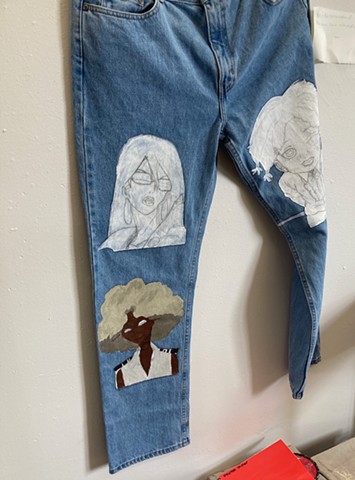 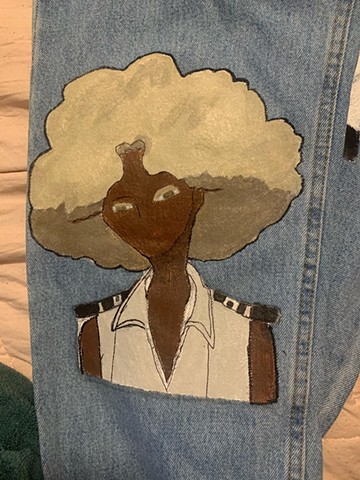 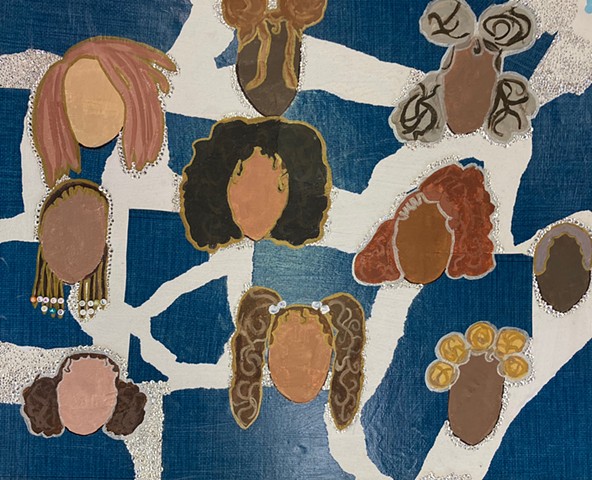 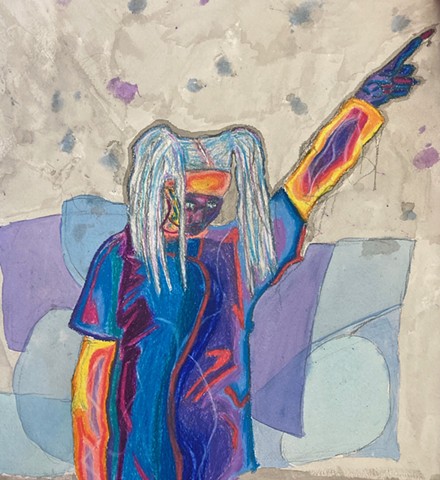 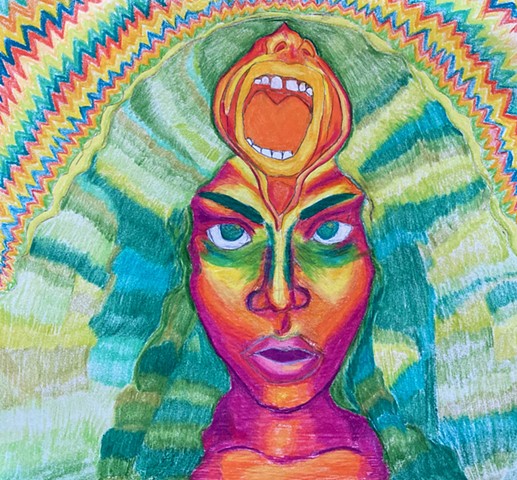 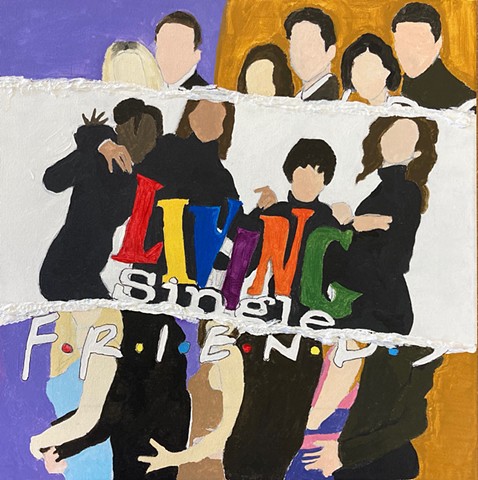 I wanted to dive deeper into the question of “How is the versatility of Black women shown in the media ?” I wanted to show Black women in different aspects in life where we might not be showcased or appropriated. I started with anime because there are not a lot of Black women in that genre. I wanted to put a spotlight on them and the jeans because I just wanted to do something different than canvas. Another way I showed versatility was by doing a piece on hair. After that I did two pieces involving contrasting artists in music and their album cover and color pallet. For my last piece I showed the similarities between “Living Single” and “Friends”. I felt like this piece was important because Living single was before friends and has almost the same plot. It was also a great show that impacted me. It was about four Black women that were powerful and independent. I connected to this question personally to this question because as a black woman the portrayal of black women has been shown through a monolithic lens of the longest. What I mean by this is that black women are shown in the media as the funny friend or the sassy friend. To show more dimension in my artwork was very important.